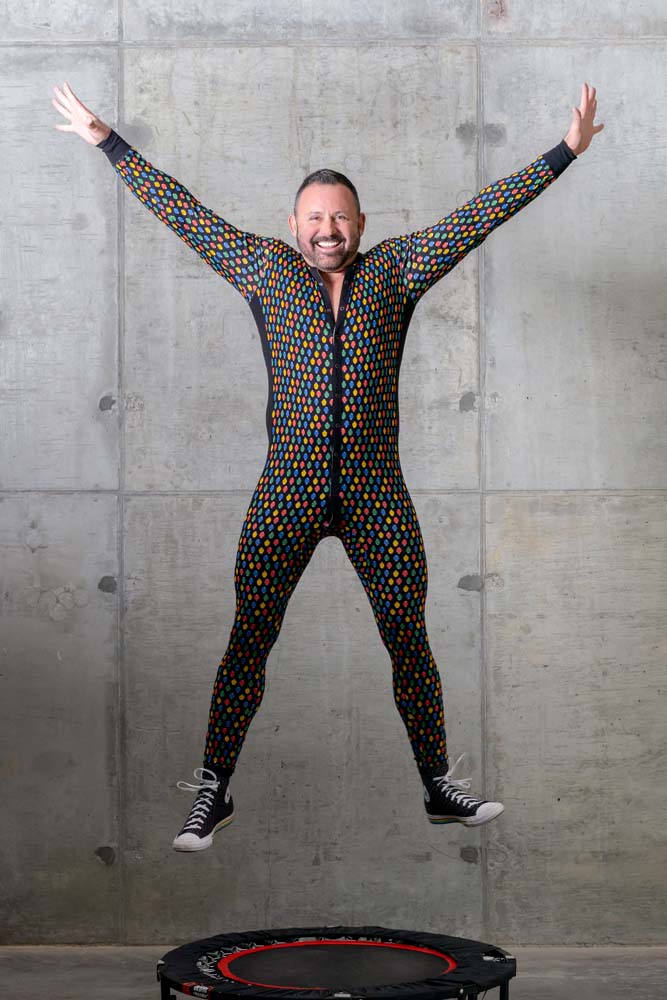 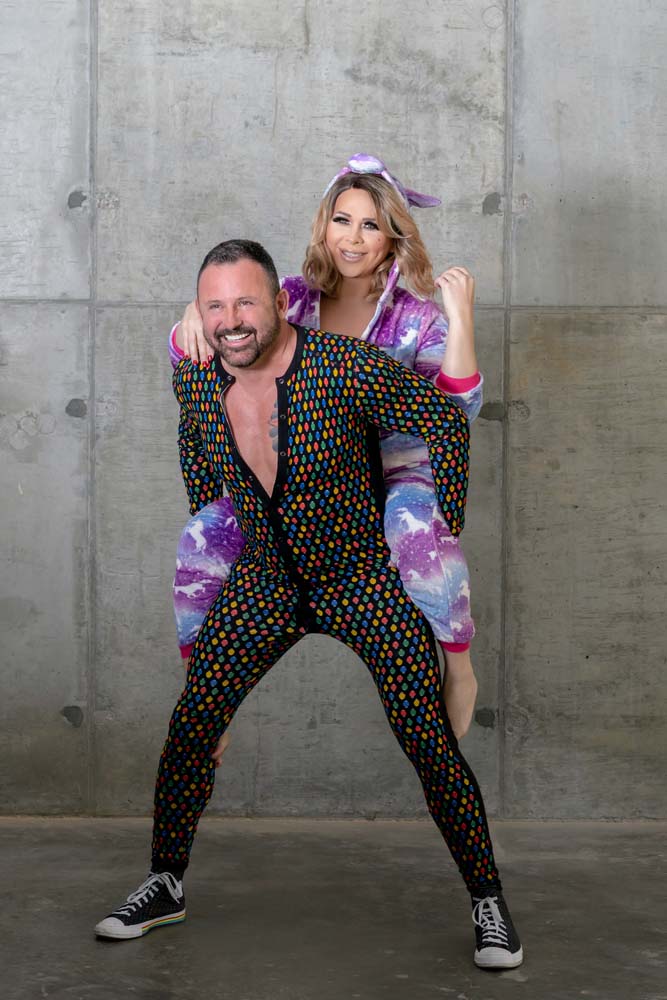 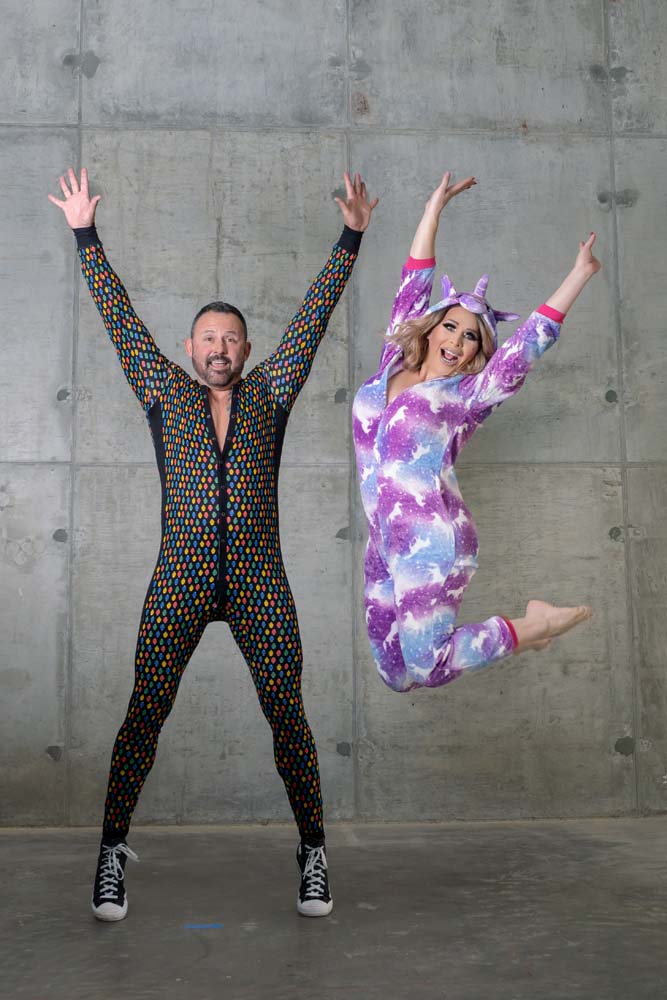 Put someone in a pair of pajamas, give ‘em a can of Pabst Blue Ribbon, load ‘em all up on a bus and what have you got? Ken Elder’s Annual Onesie Bar Crawl! For the sixth year in a row Phoenix realtor Ken Elder turned what started out as a crazy, cocktail-fueled winter lark into one of the primo parties of the Holiday Season and fundraiser. So jump into your onesie, long johns, or ‘jammies, but there won’t be any snoozing on this boozie bus. It’s more than a party: it’s also a way to help the Valley’s furry, fuzzy, four-legged friends at the Arizona Animal Rescue Mission.

How did this popular pajama jam start? “I had just moved here from Tucson six years ago and didn’t know many people,” Ken said. “So I just gathered up about a dozen friends, we all wore onesies and posted selfies on social media from every bar we visited that day. Soon people started texting us asking, ‘Where are you? I want to come!’ By the end of the day we ended up with over 20 people in our entourage.”

Ken explained how his sleep-suit bar-bounce kept growing. “The second year I rented a single 55-seat bus and turned it into a charity event for one•n•ten’s Angel Tree program where people chose a gift for the program’s LGBTQ youth in need. After that, I decided to focus on animal-centric charities. I ask for each person to donate at least $10. This is the third year that funds will benefit the Arizona Animal Rescue Mission. They’re so appreciative! Some people give more, and some don’t—and that’s okay, too. My goal is to raise at least $5,000 this year.” Past years’ spirit-filled excursions have brought in about $10,000.

Representatives from Arizona Animal Rescue will be at the kick-off at Kobalt where they’ll be making pet i.d. tags for your own fur babies. You can donate to them online via Ken’s onesie party Facebook event page.

It looks easy, but this party doesn’t happen overnight. Ken starts preparing and organizing in September. “This year we sold out two 55-seat buses in six days. We’re doing two separate bus runs to accommodate everyone. People join in along the way, meeting us at bars along the route. We’re expecting about 300 people to be part of this year’s party.”

Word about the party spread through the public Facebook event page, “Ken Elder’s 6th Annual Onesie Bar Crawl” and friends invited friends who invited friends and it kept snowballing. Corona Premier is the event’s beverage sponsor, with thanks to Jonathan Hensley, the marketing rep for MillerCoors brands who provided signage in participating bars around town about the event. Every bar extends their hospitality for about 45 minutes to an hour before safely loading the guests (who might be getting a little loaded themselves) back on the bus to the next stop.

“Herding cats is difficult, but herding a busload of drunk, gay cats is even harder,” Ken laughed. There’s never been any serious issues, but if someone over-imbibes, safe transportation home is arranged.

“I like to see everyone having fun,” Ken said. “My favorite part is mingling and connecting with people who’ve joined us and chose to make this part of the day. I want everyone to have a good time. I’ve met so many great people since I started this six years ago. It’s been so cool, and now people expect me to do it. It started as a goofy time with friends; it’s turned into something so much more rewarding. The event has a lot of good, positive energy surrounding it.”

The success of the annual “Ken Elder’s Onesie Bar Crawl” keeps growing in popularity. What’s next? “I think that this summer everyone can look forward to a ‘Ken’s Kaftan Bar Crawl’,” he hinted.

Jump in your onesie and join in! You can sign up if space is available, or meet the revelers along the way. Remember to pace yourselves, show the bartenders some love, drink responsibly and don’t drive.

Bus departures will be staggered to avoid overcrowding at each bar. Buses 1 and 3 depart while buses 2 and 4 return for the second run. 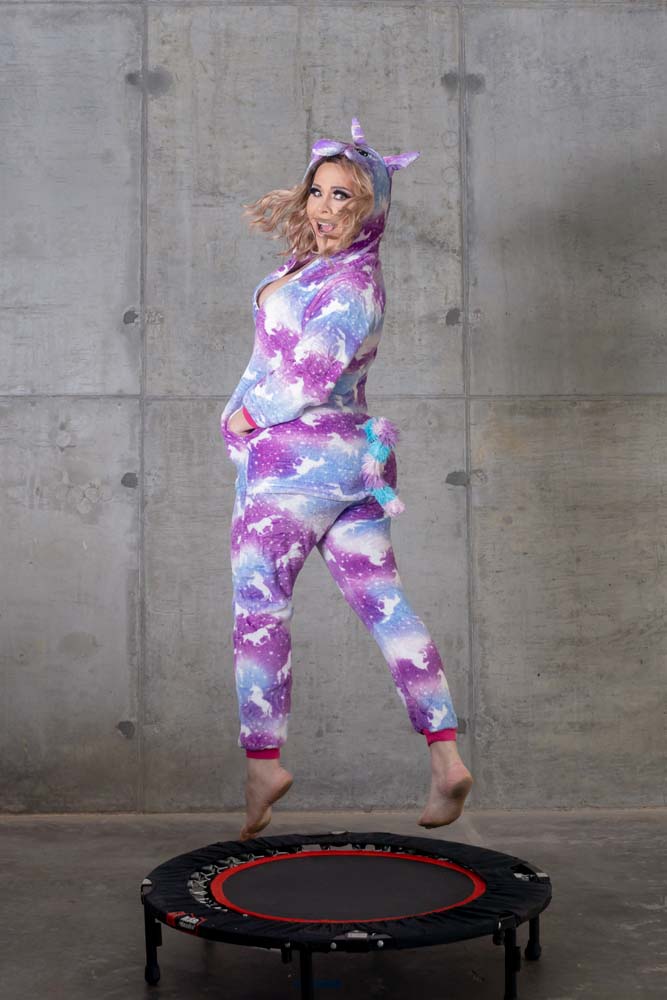 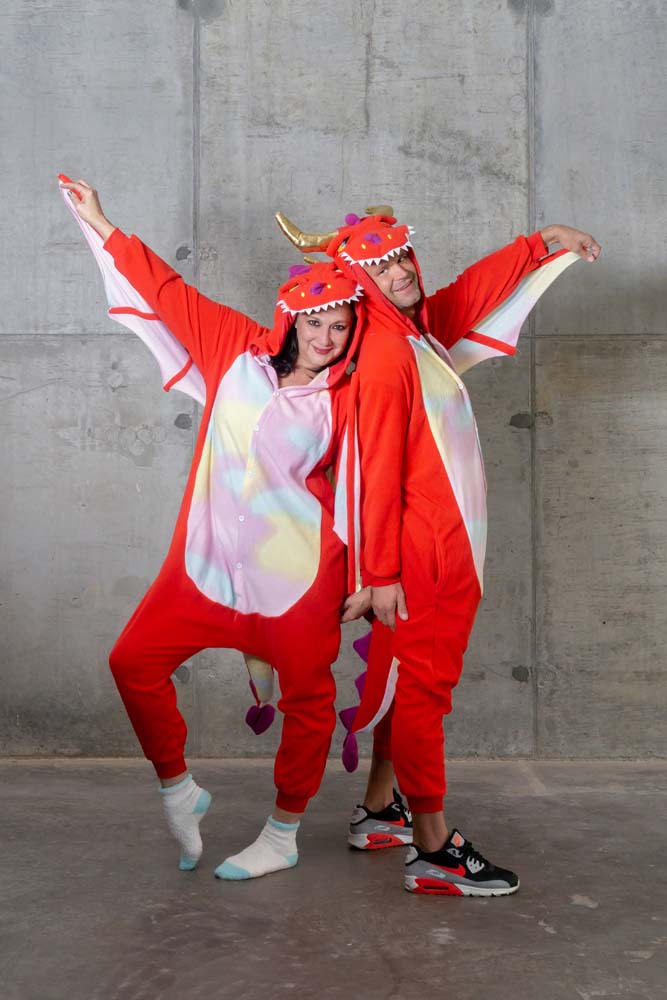 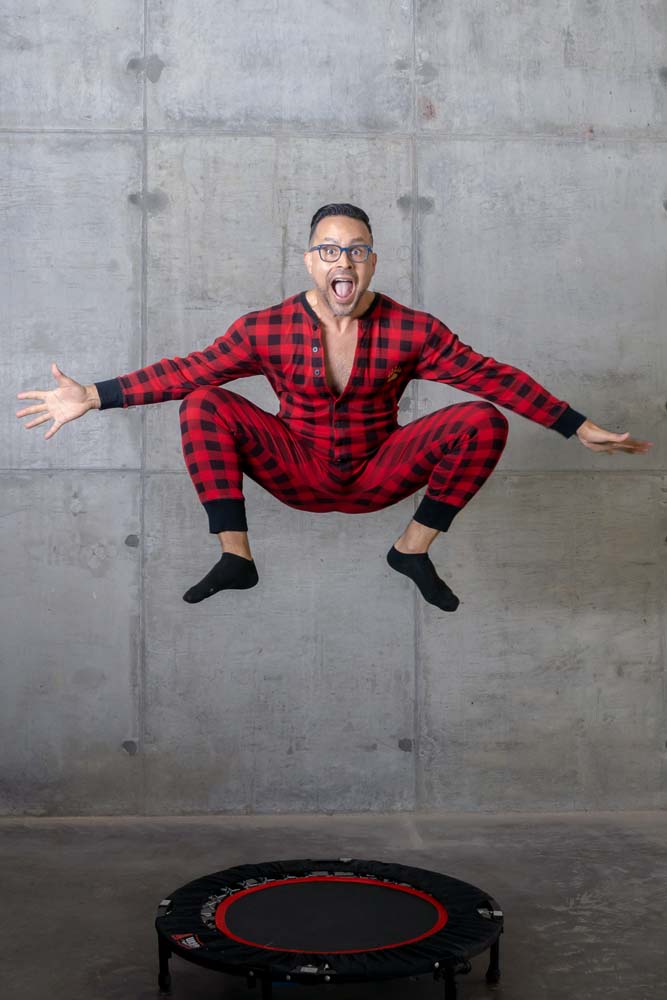 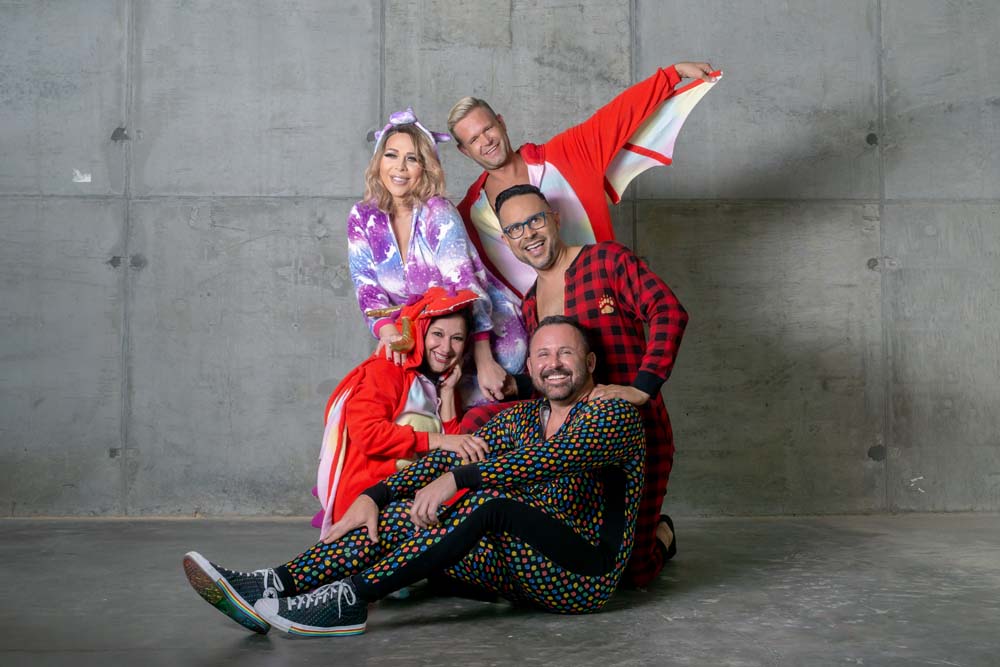 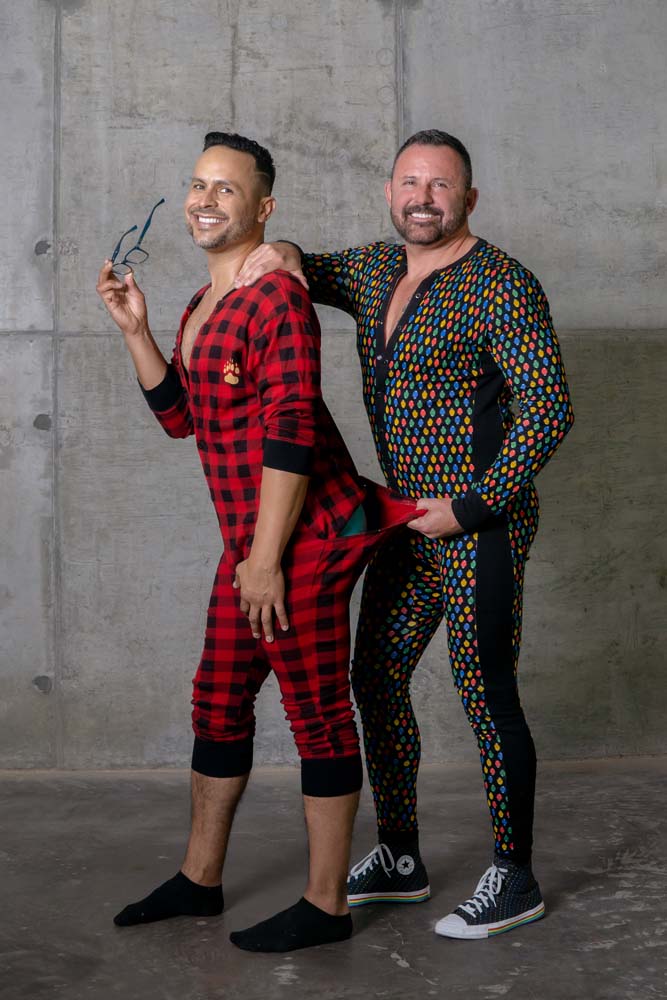 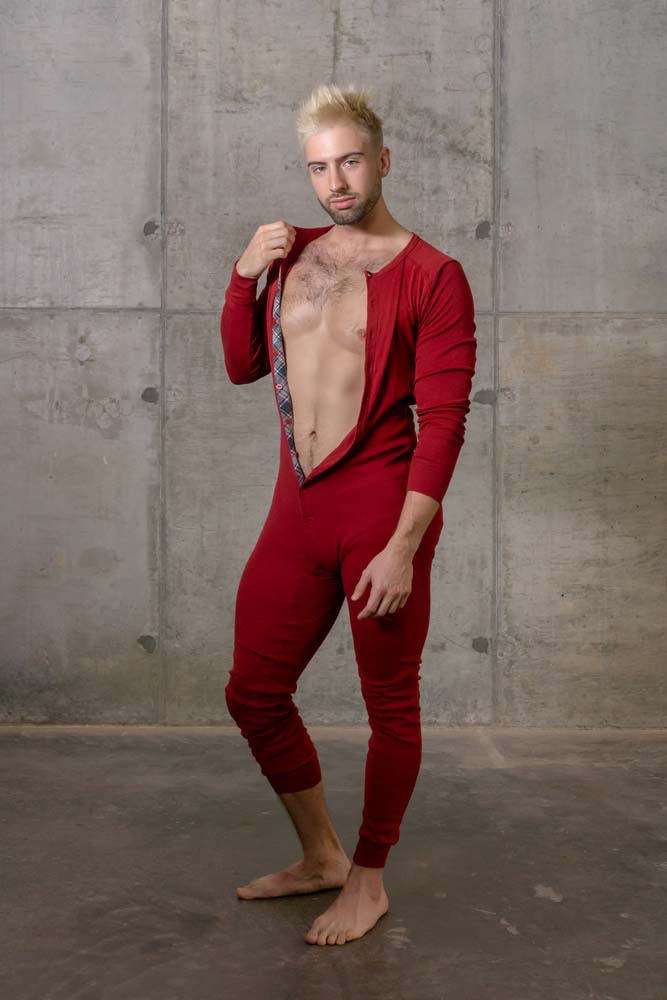