Jonny Pierce and The Drums bring all the feels to Phoenix 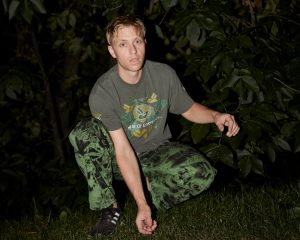 Since their first EP in 2009, The Drums have matched the sunny, surfy, reverb reminiscent of SoCal singers of the 60s, Jan & Dean, and The Beach Boys while incorporating a unique undertow as a voice for “disillusionment, depression and hope” for the 21st century.

Boyish and buoyant Jonny Pierce, the 37-year-old founding front man is the lead vocalist in addition to playing keyboards, drum programming, drums, guitar, bass guitarist. He grew up in a home where both parents were Pentecostal pastors, and the only music allowed was gospel. He was sent to Gay Conversion Camp as a teenager. Now, out and proud, Jonny unabashedly writes and sings about his feelings. And he has a lot of them.

“I’m expressing myself honestly. To write a beautiful, honest, heartfelt song … that’s always been my goal. Everything else comes after that. You have to have that beautiful three minute moment that’s an escape,” he said in his YouTube video, “What I Love.”

Jonny testified to ION Arizona about his place in the world. 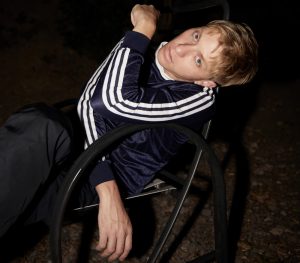 ION: You describe yourself as a “control maniac.”

Jonny Pierce: Y’know, in a way that someone who’s an alcoholic is always an alcoholic? I’m in recovery. (Laughs) I’m always reminding myself that some things I feel that I need control over aren’t really as important as I felt they were that morning. Even making the last record, Brutalism, is a real testament to being able to let go of control. Before that I was really so hands on and elbows out in making music. For the first time, with the help of therapy and the counsel of friends who I love, I decided to bring my elbows in and open my arms. That was really scary, but it helped me. Sometimes when you let go and walk into the wilderness where you’re the most uncomfortable, yeah, there might be some risks, but there can also be a beautiful reward. I’m so proud of that record. It’s a time-stamp for me of a time in my life when I kinda stepped into the unknown. I’m a work in progress when it comes to control; I relapse all the time. I might get territorial again, but I hope I’ve learned my lesson. (Laughs)

ION: You once said that you’re “always standing in the middle of bliss and depression.” The Drums sound is often upbeat, and happy. How do you marry those different elements?

JP: I’ve heard that from fans and friends. There’s a few exceptions. You know, I’ve never set out to do that. I never sat down and said, “Write a really sad song but make it sound happy.” I’ve identified the vibe that comes across with these songs filled with sadness that you can dance to, or make you want to go on road trip with friends. I’m a real big believer in showing yourself in your work. I’m honest about my life. Some chapters of my everyday experience have been strictly sadness; with others happiness kinda takes over. I’m always up and down, and all around. I’m feeling everything and hypersensitive. I don’t understand artists who make their work represent them one way. For me, that’s increasingly a goal of mine: to be honest, transparent and human. Even when it’s difficult and doesn’t feel great.

ION: You’ve seen some shit. Which songs from your new album are most telling about you?

JP: (Laughs) Sure have! I have a song called “Loner.” Most of my life until five years ago—and maybe still, if I’m honest with myself—I’ve been in survival mode. I grew up below the poverty line with religious zealots who are still partially anti-gay and love Donald Trump. I didn’t go to a proper school; I was schooled by my mother. When it was time for me to be an adult I was this stunted kid who wasn’t able to be himself. I learned pretty quick to try to survive. I still feel like my whole life I’ve been surviving, surviving, surviving. That plays into all of that.

ION: You said that “I Will Always Love You” is your favorite song. Any plans for a cover?

JP: Hmmmm …. No. (Laughs) People ask me all the time to cover other songs. When I was teenager making songs on my analog synthesizer in my bedroom, all of my friends who were in the church were secretly obsessed with Nirvana and Toad the Wet Sprocket and playing Bush on the guitar. I just couldn’t understand covering songs when there was so much to talk about. Now all of those people are investment bankers or work in a grocery store and I’m here making music and talking about how I’m feeling, talking about the world and my place in it, or if I even have a place in it. My boyfriend asked me last week if I would cover a Toni Braxton song. And, I’m, like, sure, I love that song! It’s our song! But I don’t understand why I would cover that. I still have a lot that I want to say.

ION: How does it feel to be a heart throb for a lot of gay boys swooning over you and your music at concerts?

JP: I don’t feel like that! I have to be reminded of those things. You know, when I have a boyfriend I don’t see that. (Laughs) Well, maybe I do a little bit! I’m bad with compliments or getting adoration. If a fan walks up to me on the street you’ll see me turn into this shy, little hermit. When I’m on stage it’s one thing as soon as I step off the stage I’m just really, really shy. The amount of hook-ups I’ve had while touring is so minimal, in ten years you could could count them on two hands. I get really, really self-conscious, or I might see someone who’s stunning and interesting, but I’m already in a relationship. For whatever reason I haven’t lived the that sex, drugs & rock ‘n’ roll game too much.

And you know what? I’m just such a lover; I’m not so much a fucker. I love to love and to feel love. Tour life isn’t so conducive to an emotional connection because within hours you’re on to the next city. You don’t get much time to know anyone. I want my life to be meaningful—including sex.

ION: What can we look forward to from The Drums in your Phoenix appearance?

JP: It’s been a while! We have an amazing band—my favorite incarnation so far. People who believe in empathy, who live with kindness. We believe in recycling, and things like that! (Laughs) I think we’re all really good looking, which is kinda nice, since we’re on the road stuck in a tour bus with the same people. We’re gonna play songs from every album. It’s a pretty well-rounded show. We don’t have time to do any deep cuts, but we’ll do all the hits, all the way through!

ION: The Drums were the most Shazamed band of 2009.

JP: That’s the greatest compliment you can get. All that means is there’s no advertising. Nobody’s telling you what to write. That means people are sitting in cafes saying, “I like this! What is it?”

ION: No, Jonny, the greatest compliment you can get is when I tell you that I love you.

JP: (Laughs) Awww! That’s always important! And I love you, too!

TicketMaster.com or call 800-745-3000. Check out TheDrums.com for more about them and their new album.